Our flag is represented here as a symbol of our common strength and bare-knuckled resilience as a nation. Its battle-worn and weathered appearance is telling of the challenges we face from external threat and internal decay – forces, we as a people, work against every day. Characterized by the flag that flew over Ft. McHenry during the battle there in 1814, it reminds us that it was the sight of the flag on the morning after the battle, that inspired Francis Scott Key to write the words that became our national anthem.

The painting honors those volunteers among us, who tirelessly ‘bind up the nation’s wounds,’ who address national injury from beyond, and who counter communal erosion from our own inadequacies, misfortunes, and failures here at home. Our fellow citizens who simply and graciously volunteer and serve by giving to others one of the most precious things we have on earth – our time.  Whether at the food bank, the hospice center, the homeless shelter or while supporting our schools, coaching and mentoring our youth, or serving others through our churches, temples, and mosques…the lifeblood of our nation flows among those who volunteer – those who fill the gaps and take up the slack in our communities. What our fellow citizens do every day, in communities across the country, is always more important to our national security than anything we could ever do on the battlefield. Quietly and humbly, they shoulder our prospects for the future.

In challenging times the sight of our flag has served as a source of confidence and courage. It is hoped that it serves that purpose here. 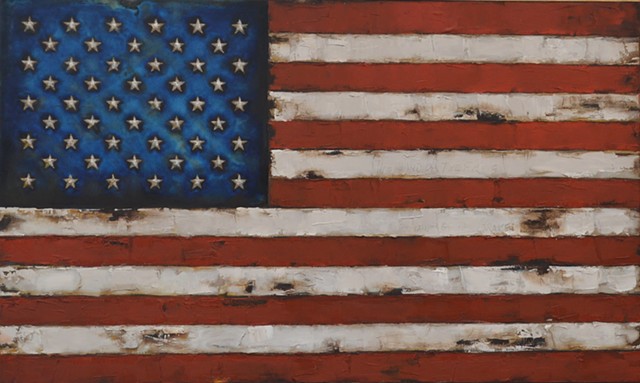