Chicago’s elevated train or “L” crosses through the area in downtown known as the Loop and is as iconic to the city as the Sears Tower (now Willis Tower) that looms in the far background. The color pallet appears in near gray-scale and the blues and browns are in contrast to the beams of light that penetrate this urban canyon. The visual composition, captured on a dim but bustling February afternoon, communicates the enduring Midwestern sense of industry, grit, and intention of Sandburg’s 'city of big shoulders.’ 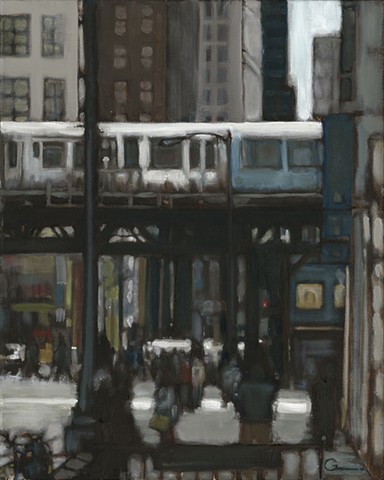