"One cannot understand... the universality of laws of nature, the relationship of things, without an understanding of mathematics. There is no other way to do it" Richard P. Feynman 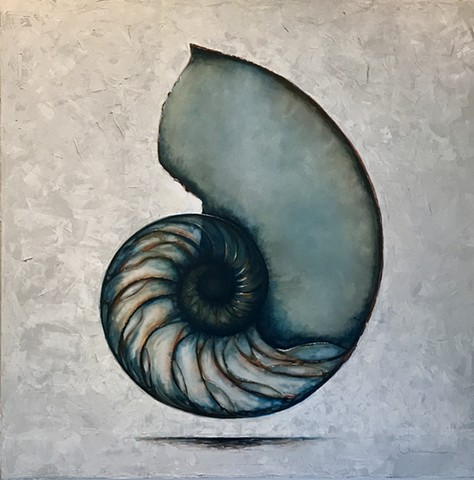 The spiraling image of the nautilus half-shell is not unfamiliar. The nautilus is a common subject for artists, photographers, and shell collectors. Immediately to the viewer it offers a visually pleasing shape but in time we find that its symmetry and proportions resonate on an even deeper level. The spiraling figure conforms to a mathematical progression known as the Fibonacci sequence.

In prelude to the Renaissance era, Fibonacci, an Italian mathematician of the Middle Ages, traveled North Africa and the Near East and brought the Hindu-Arabic numeral system, the Persian algorithm, the Arabic concept of algebra, and the numerical idea of zero to Europe.

Fibonacci’s integration of these ideas gave rise to higher forms of mathematics and illuminated our understanding of the natural world. We find the Fibonacci sequence and the corresponding Golden Mean represented not only in plants, animals, and astronomical galaxies but also in human expression, such as music, art, and architecture.